ACIP strikes again: recommending the Pfizer vaccine for young teens is another reckless decision by the CDC.

The CDC, through ACIP (its committee that puts vaccines on the childhood schedule), made another arbitrary decision to experiment on our children when it voted on May 12 to recommend the Pfizer vaccine for 12 to 15 year olds.

The decision did not come as a surprise to those familiar with how ACIP operates, as it was hurried and not evidence-based.

The CDC’s own data shows that children have a 99.99 percent chance of surviving COVID. Yet the CDC decided to recommend the use of Pfizer’s COVID-19 vaccine for children 12 and older — a population where the risk of severe illness is miniscule.

Let me be clear that my use of the word “experiment” above has nothing to do with the current Emergency Use Authorization of the COVID-19 vaccine while it’s still in phase three trials. Or the fact that the vaccine utilizes a technology that’s never before been used in humans. I say “experiment” because the entire childhood vaccine program is one giant experiment on our pediatric population — our leaders of tomorrow.

It’s an experiment because the products aren’t tested in combination with each other. ACIP simply recommends the products be given at the same visit but “in different limbs.” ACIP says that COVID vaccines can now be given with any other vaccine, without any safety or efficacy data to support its recommendation. This means that pregnant women — who were previously advised to avoid vaccines during pregnancy to minimize in-utero exposures — can now get a COVID, flu and Tdap shot at the same time. And your tween can get a COVID, flu, Tdap, HPV and meningococcal vaccine at the same time. (That’s essentially seven different vaccines administered simultaneously.) 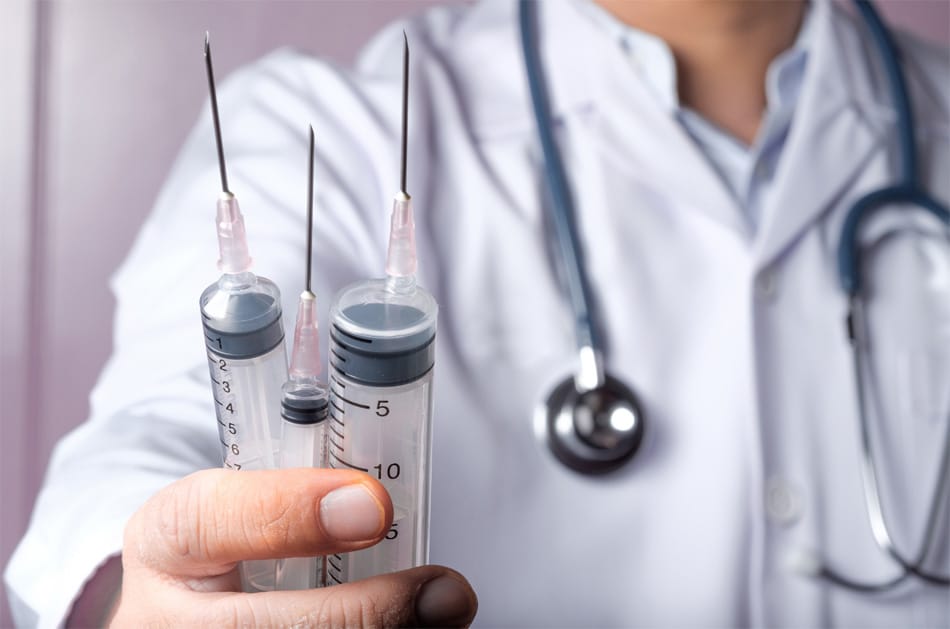 At its May 12 emergency meeting, ACIP said that COVID vaccines can be given with other vaccines; however, the CDC committee has no safety data to support its recommendation.

It’s an experiment because when there’s a lack of data to show safety or efficacy, ACIP has no issue saying it’s okay because “VAERS is available to track potential problems.” The people in charge of directing our pediatric standard of care have zero qualms about watching for harm in the post-market surveillance data — after potential problems occur. That’s precisely what they said at their emergency meeting yesterday. Will your pediatrician make that information clear to you as part of the informed consent process before vaccines are given at your next well child visit?

It’s experimental because, well, have you read Section 13.1 of the vaccine package inserts? It clearly states that no long-term safety studies have been conducted on fertility, cancer-causing effects or genetic mutations. Never mind that cancer is the leading cause of death in American children outside of accidents. And never mind that there’s been a steady increase in the overall rate of pediatric cancers in recent decades — and that children of all ages and ethnicities are being affected.

Maybe this is something we should start looking into and not rely on VAERS to catch through post-market data.

A screenshot of the package insert for Sanofi’s tetanus, diphtheria and pertussis vaccine. The Tdap booster is routinely given to children 10 and older as well adults and pregnant women.

Yet here we are once again; guidelines are being developed that are not evidence-based. That means that the CDC’s policies are being formulated (and imposed on infants and schoolchildren across the nation) arbitrarily. Here is the definition of arbitrary in the Legal Dictionary:

The term arbitrary describes a course of action or a decision that is not based on reason or judgment but on personal will or discretion without regard to rules or standards. An arbitrary decision is one made without regard for the facts and circumstances presented, and it connotes a disregard of the evidence. In many instances, the term implies an element of bad faith, and it may be used synonymously with tyrannical or despotic.

In a society where science is continually stressed, shouldn’t we be looking at the evidence? Why are we allowing an experimental medical intervention to arbitrarily be used in a population that’s not at risk of severe harm from the disease? Clearly, this is a population-wide recommendation of a pharmaceutical product without regard to the scientific facts, which raises major ethical concerns.

Moreover, does it seem ethical to recommend a medical intervention based on over-supply? After all, as ACIP so clearly noted, the United States has 300 million doses of the Pfizer vaccine to administer before the end of July. So let’s line up our tweens and teens and pump this stuff in them!

In all seriousness, where’s the concern that this recommendation opens the door for further coercion?

It’s time that the CDC’s decision-making processes are exposed for what they are: hasty and haphazard recommendations that benefit the pharmaceutical industry and not necessarily the people they’re recommended for. In this case, those people are our children.

It’s time for the American people to reject these arbitrary recommendations. Without solid scientific evidence (and data to backup that evidence), the CDC shouldn’t be directing important health decisions for our entire country. And the CDC’s guidelines? They certainly shouldn’t be looked at as the gold standard. They’re far from it.

It’s time to end the vicious cycle and the damage that’s being inflicted on our children. Through an investigate research team that’s devoted tens of thousands of hours looking all aspects of COVID-19, we have solid evidence that the CDC has engaged in multiple acts of willful misconduct throughout the COVID-19 crisis — reckless acts that have had harmful ripple effects across our nation.

Let’s take back our health together! Help us expose willful misconduct within the CDC. Sign Stand for Health Freedom’s petition calling for a formal investigation into the CDC’s conduct, and please share it with everyone you know! The sooner we get to 100,000 signatures, the sooner we can compel federal prosecutors to launch a very necessary grand jury investigation into the CDC’s response to COVID-19.