In one year, SHF has helped more than 150,000 men and women share powerful messages with their peers and directly with 19,000 elected officials across the U.S.

Stand for Health Freedom (SHF) is a nonprofit organization dedicated to protecting basic human rights, constitutional rights and parental rights. Our digital advocacy center, launched in August 2019, lets conscientious Americans take a stand on issues that matter by giving them direct contact to their elected officials and others in positions of influence. The platform provides zero-barrier, automated access to lawmakers via email, phone, twitter, fax and video. What’s more, individuals can easily personalize their communication with well-vetted research and information that self-populates on the screen.

The grassroots campaigns that SHF spearheads are scalable, customizable and can be directed toward virtually anyone — from a state senator or supreme court justice, all the way up to the president of the United States. In December 2019, SHF launched multiple campaigns for New Jersey citizens who were in jeopardy of losing their religious exemption to vaccination. In just one week’s time, more than 80,000 emails were sent to New Jersey lawmakers through the SHF advocacy portal, which showed the immense opposition to the measure and ultimately helped stop it from becoming law.

SHF is building an infrastructure to educate citizens and for citizens to educate their lawmakers. SHF has an estimated reach of one million advocates who are pro-informed consent, pro-democracy, pro-debate, pro-information exchange, pro-First Amendment, pro-science, pro-parental rights, pro-bodily sovereignty, and pro-conscientious decision-making. Together, we’re committed to reaching the people and making it undeniable to citizens and lawmakers that America still stands for health freedom.

An attorney with a background in complex litigation and advocacy, Leah Wilson is passionate about children’s health and has researched and worked on child welfare issues for more than a decade.

The overmedication of children in foster care as a form of behavior management is what compelled Leah to become an advocate and foster parent. During her time as a court-appointed special advocate for abused and neglected children, Leah witnessed the rampant use of psychiatric drugs among foster kids. She also discovered that, in addition to many extensive requirements, the state had a policy that all foster children and foster families be fully vaccinated, without exception. Through her involvement in law, health and the foster care system, it became abundantly clear to Leah that the single most important issue affecting child welfare in the United States is the practice of one-size-fits-all medicine via medical mandates. This motivated Leah to expand her advocacy beyond foster care to all children nationwide and to start Stand for Health Freedom (SHF) in 2019.

A graduate of the Saint Louis University School of Law, Leah holds dual bachelor degrees in political science and Spanish from Indiana University. In addition to her advocacy work with SHF, Leah is the owner and former operations director of MaxLiving Indy, one of the largest natural health centers in the Midwest. She is also an educator on holistic health as well as a sought-after speaker on issues ranging from religious rights to greening your home.

“Parental rights and religious freedom are God-given natural rights that cannot arbitrarily be taken away by government authorities. Parents are the single most important factor in a child’s success; I stand in full support of this sacred relationship.”

Sayer Ji is a widely recognized researcher, author, lecturer, activist and educator on natural health modalities. Among his many roles, he is an advisor to Stand for Health Freedom, a reviewer and editor of the International Journal of Human Nutrition and Functional Medicine, an advisory board member of the National Health Federation, a steering committee member of the Global GMO Free Coalition, and the co-founder and CEO of Systome Biomed Inc., a revolutionary scientific validation framework.

Most notably, Sayer is the founder of Greenmedinfo.com, the world’s most widely referenced, evidence-based natural health resource of its kind. He founded the platform in 2008 to provide an open access, evidence-based resource supporting natural and integrative modalities. Today, Greenmedinfo.com has more than a million visits per month, serving as a trusted resource on myriad health and wellness topics to physicians, healthcare practitioners, clinicians, researchers and consumers worldwide.

Sayer attended Rutgers, The State University of New Jersey, where he studied under the notable American philosopher Dr. Bruce W. Wilshire. He received a Bachelor of Arts in philosophy in 1995, with a focus on the philosophy of science. His new book, Regenerate: Unlocking Your Body’s Radical Resilience through the New Biology, was released in March 2020 and is an Amazon bestseller.

“I truly believe that education will be our greatest shield against accelerating the erosion of civil liberties, including the right to bodily sovereignty, as well as the greatest catalyst for positive change on this planet moving forward.”

One of 46 chiropractors in his family, Dr. Joel Bohemier is passionate about natural healthcare and lives by and teaches the principles of honoring the innate wisdom of the body. A proponent of holistic living, he is often invited to share his views on such topics as organic foods, green living, and strategies for creating a healthy and resilient mind, body and spirit. In addition to serving as an advisor to Stand for Health Freedom, Joel also serves as an advisory board member of GreenMedInfo.com, the world’s most widely referenced natural health database.

Joel received his Bachelor of Science degree from the University of Manitoba in 1996 and his Doctor of Chiropractic from Life University in Marietta, Georgia, in 2000. He has practiced in Italy and Canada and currently maintains a private practice in Naples, Florida.

“Global healthcare is under mounting pressure to conform to a singular doctrine. Preserving and expanding the freedom of choice in healthcare will enable a rich and diverse ecosystem resulting in better health.” 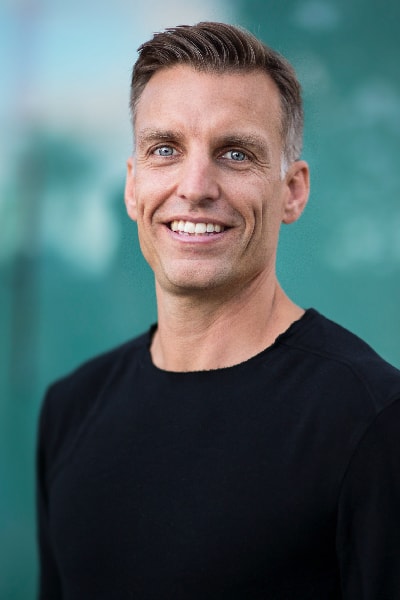