Why States Are Getting It Wrong with Medical Mandates

Landmark legislation was introduced in South Dakota on February 5, 2020 to outlaw all medical mandates, including those for vaccination. In addition to safeguarding bodily integrity and informed consent, the bill sought to criminalize medical coercion and prevent discrimination for refusing an unwanted medical intervention. It was the first bill of its type seeking to bolster citizens’ rights by giving them the ultimate authority to choose or reject any medical procedure, free from threats or compulsion.

The legislation, HB 1235, immediately received widespread attention from medical freedom advocates across the nation, and South Dakota advocates sent more than 15,500 letters supporting the bill through Stand for Health Freedom’s advocacy portal. The bill attracted several key sponsors, was assigned to a committee, and made it to a hearing — all in three short weeks. However, after HB 1235 was introduced, a house committee voted to move it to the 41st day, which effectively killed the bill for this year. (The South Dakota legislative session is only 40 working days in odd-numbered years and 35 working days in even-numbered ones.) Despite the outcome, there is support for the bill to be looked at further during a special summer legislative study.

The strong opposition to HB 1235 did not come as a surprise. However, pro-medical mandate groups such as medical industry lobbyists, industry players, the Board of Health, and others completely missed the mark about the bill’s intent and how it would actually affect the citizens of South Dakota.

HB 1235 was not introduced to discourage, dissuade, or prohibit vaccination. Rather, the bill sought to shield individuals from forced vaccination and other medical procedures by outlawing mandates and medical bullying.

Health freedom advocates and groups like the Sioux Falls Immunization Coalition actually share the same goal: to protect and promote the health and wellness of all South Dakotans. However, Stand for Health Freedom believes this goal can be achieved through sound health policies that encourage vaccination and make it widely available, while putting in place strong protections for medically frail individuals for whom vaccination is contraindicated as well as those with sincerely held religious beliefs against vaccination. Below, we take a look at what “no mandates” policies look like — and the benefits they bestow.

The real impact of no mandates policies is empowering individuals to determine which medical procedures are in their and their children’s best interest. As far as vaccinations, families would no longer have to obtain an exemption or win the approval of any individual or institution to obtain that exemption. Exemptions are problematic because they can be difficult to obtain, and they can be removed at any time by lawmakers. They also open up the door for discrimination and make it acceptable to interrogate others about their religious beliefs. This is a blatant violation of individuals’ religious rights; the Constitution provides protections that allow citizens to exercise their religious beliefs according to the dictates of their conscience.

Parents with deeply held religious beliefs should not have to choose between their religion and their children’s education.

An employer should not be able to threaten an employee with the loss of a job or other punishment for failing to receive an injection of a non-therapeutic preventive medical intervention that is unwanted.

The state should not have the ability to withhold access to a constitutionally guaranteed and taxpayer-supported education (also known as a free and appropriate education) when a child — healthy or otherwise — fails to receive every injection of every CDC-recommended vaccine.

We live in a free society; presumably, the state should allow citizens to make choices that are in their best interest and their family’s best interest. However, with a hostile legislative climate, lawmakers around the country continue to introduce mandates under the guise that parents lack the intellectual capacity to make sound decisions for their children, so the state needs to do it for them.

Compulsory sterilizations were commonplace in the United States from the early 1900s through the 1970s. They were legally sanctioned by state governments, supported by medical societies, and performed by members of both. Forced sterilizations, part of the larger eugenics movement, were performed in the same vein as vaccinations — for the greater good. In 2013, it was reported that approximately 150 females in two California prisons were sterilized over a four-year-period in a voluntary program. However, it was later determined that the prisoners did not consent to the procedures; California subsequently enacted legislation in 2015 banning sterilizations in women’s prisons.

Forced sterilizations were a 20th century practice with a dark history that shouldn’t have lasted into modern-day times. We must never let the state have that kind of power again. Without medical freedom we are not truly free. The concept that a state can compel invasive medical interventions through coercive tactics is dangerous. That’s why we must work to abandon medical mandates in favor of no mandates policies. Our country cannot revert back to the stone ages. We must call on states nationwide to promote policies that encourage, recommend, and make vaccines readily available while protecting the freedom of citizens. 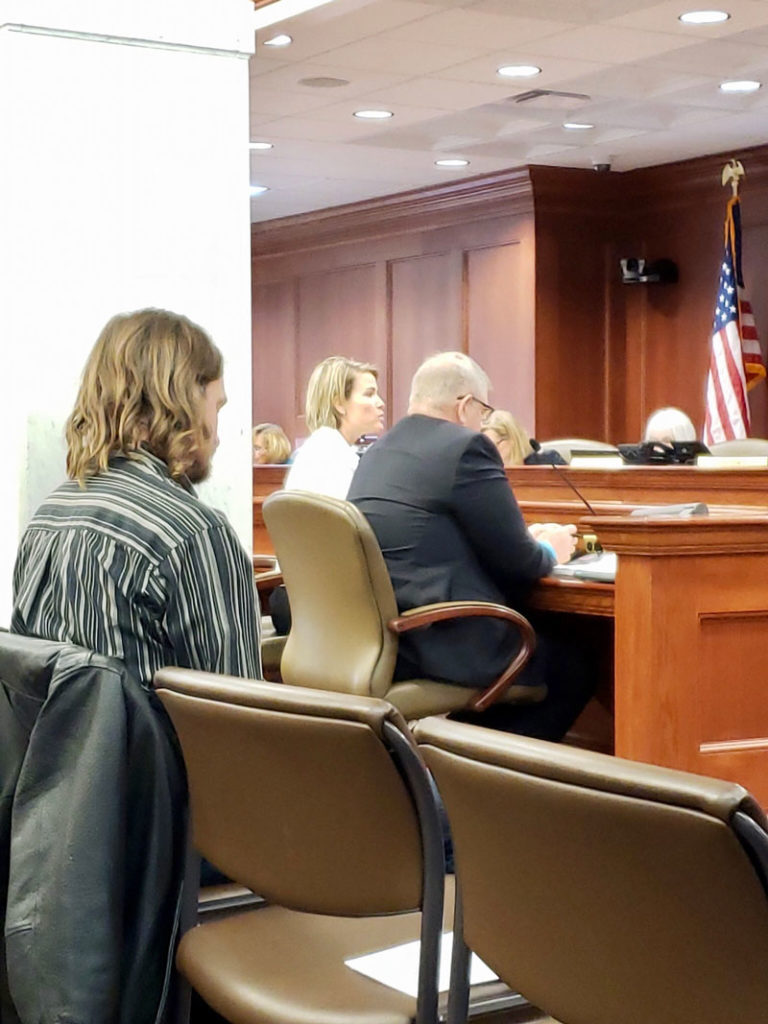 South Dakota advocate Mya Olson (left), who submitted HB 1235, sits with one of the bill’s prime sponsors, House Majority Leader Lee Qualm, during a committee meeting in which testimony was presented on the no mandates legislation.

Stand for Health Freedom would like to thank the two prime sponsors of HB 1235, House Majority Leader Lee Qualm and Senate President Pro Tempore Brock Greenfield, along with the 12 co-sponsors; South Dakota constituent Mya Olson for submitting the bill and working tirelessly to promote it; the doctors, religious leaders and advocates who took time out of their schedules to testify in support of the bill; and the South Dakotans who wrote letters, made phone calls, and showed up at the capital building in Pierre on February 25 to voice support for the measure.

Though this effort was not victorious this go-around, we are committed to STANDING together to change history by supporting public policies that simultaneously promote individual health, public health, and medical freedom of choice.