Governing During COVID-19: Who you vote into office could affect whether you’re governed or ruled

It’s never been more important for Americans to exercise their right to vote for leaders they trust. For most of 2020 our country has been in a state of emergency, and our day-to-day lives have been radically upended by policies invoked by officials at all levels of government.

Governors, all of whom are popularly elected, serve as the CEOs of the states, commonwealths and territories over which they preside. During times of emergency, governors — as well as officials at the regional and local level — are granted broad powers to address emergency situations by virtue of their statutory authorities. Once an emergency has been declared, executive powers are invoked until the emergency ends.

Throughout most of 2020, government leaders at all levels have had to make difficult decisions nearly every day in response to COVID-19 — decisions that profoundly impact the lives of their constituents. Though emergency orders are designed to keep communities safe, they can infringe on citizens’ rights. Since March of this year, citizens from coast to coast have seen many of their constitutional rights disregarded in the name of public health. This includes freedom of movement, freedom to assemble, freedom to worship, freedom to maintain one’s livelihood, freedom to access the outdoors, and freedom to responsibly connect with friends, family and the community at large.

As a result, Americans have witnessed first-hand how whom they place into office has significant consequences on their day-to-day life, particularly during an emergency. The vast broad powers that elected officials hold is one of the reasons that it’s so important for people to vote. If you don’t vote, you have no voice in who runs your community, state and country — or the decisions that those officials invariably end up making on your and your family’s behalf. When an emergency is protracted, as has been the case with COVID-19, having a leader who exercises authority with the true interests of the people in mind can mean the difference between being governed and being ruled.

Following are some of the most egregious and absurd emergency orders that have been invoked across the United States in the name of COVID-19.

In July, officials in Collier County (the Naples, Florida area) announced that students returning for in-person learning would have to wear masks as well as wrap-around safety glasses at all times — except during meals. The mandate came after Dr. David Linder, the head of the area’s COVID-19 response team, said that wearing both masks and eyewear provides the highest level of safety against the virus.

However, the county rescinded the requirement for eye goggles after parents noted objections in a school survey that was issued. Presently, students are required to wear face coverings at school and on busses — and safety glasses are highly recommended but optional. To facilitate this, Collier County Public Schools said it would be equipping each child with a face covering, neck gaiter and pair of safety goggles. 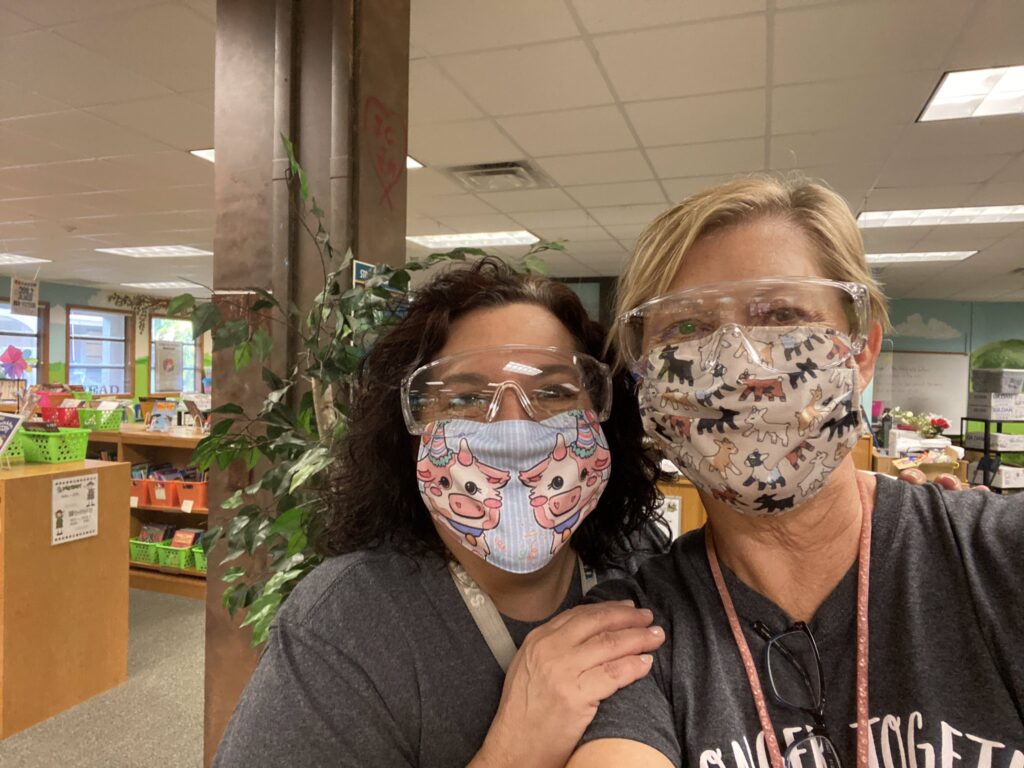 Media center employees in a Collier County elementary school welcome back students in a Twitter post and noted how they “followed all of the rules.”

Singing and Chanting in Church Banned in California

In an attempt to curb the spread of the coronavirus, California Governor Gavin Newsom issued an executive order banning singing and chanting in places of worship. The decree came after the Centers for Disease Control and Prevention said that singing at services is a proven way to spread a virus, and California health officials declared that singing and chanting “present an increased likelihood for transmission of COVID-19 through contaminated exhaled droplets.” The California Department of Public Health advised residents that practices and performances could occur through alternative methods like Internet streaming.

Three churches in Northern California have filed a federal lawsuit against Newsom in response to the order, claiming the ban against singing and chanting violates their First Amendment rights. The plaintiffs say the governor’s guidance “specifically and discriminatorily targets places of worship,” as those activities are permitted elsewhere.

As of this writing, all houses of worship in California were required to limit their attendance to 25 percent of building capacity or a maximum of 100 attendees.

Citing 39 cases of coronavirus between four counties “where many of Colorado’s premier ski resorts are located,” Governor Jared Polis directed downhill ski resorts to immediately suspend all operations. The order, issued in mid-March, was initially set to last for one week to slow the spread of COVID-19 and conserve medical resources in the mountain communities. However, Polis issued multiple executive orders extending the closure of the slopes through May, effectively ending the state’s ski season for the year. Colorado’s ski industry is valued at approximately $5 billion annually and is a major driver of the state’s economy.

Fearful that an onslaught of COVID-19 victims would overwhelm New York hospitals, Governor Andrew Cuomo issued an order on March 25 requiring nursing homes to accept COVID patients being discharged from hospitals as long as they were “medically stable.” Under the order, the facilities receiving the patients were prohibited from testing them to see if they were still contagious.

Cuomo’s directive enraged health experts, families of nursing home residents and nursing home operators, who said they were already struggling to keep residents safe amid the COVID-19 crisis; they were also concerned that Cuomo’s policy would needlessly lead to additional infections and deaths inside the nursing homes.

“It was a one-way communique with no opportunity for dialogue and no opportunity to express concerns with the Department of Health,” said Dr. Elaine Healy, a medical director for a nursing home outside of New York City. It was dictatorial.”

In early May, Cuomo ultimately rescinded the controversial policy after more than 6,000 nursing home residents had died and fears about overwhelming hospitals had subsided. He also released new guidance prohibiting hospitals from sending people who tested positive for COVID-19 back to nursing homes.

A Kentucky couple was placed under house arrest after one of them tested positive for coronavirus and refused to sign self-quarantine documents. According to news reports, Elizabeth Linscott was planning to visit her parents and grandparents in Michigan so she decided to get tested for COVID-19 prior to traveling. Linscott’s test came back positive, and the Hardin County Health Department then asked her to sign documents consenting to daily check-ins and to notify the health department before she traveled anywhere. However, Linscott said that she did not agree with the wording of the document and that she was not going to reach out to the health department in the case of an emergency.

“I have no problem self-quarantining,” Linscott told health department officials. “But if I have to leave my house to get a necessity for an emergency, I’m going to do that without your prior consent.”

The health department director, citing the threat of the virus, then asked a county circuit court judge to order the Linscotts into quarantine and to wear ankle tracking location monitors. Soon after, law enforcement knocked on the Linscotts’ door and placed them under house arrest.

The incident raises questions about how far the government can and will go if you’re deemed to be a public health threat. Multiple circuit judges in Kentucky have ordered ankle monitors for individuals who allegedly broke self-isolation orders or who refused to quarantine.

For those wondering, Kentucky circuit court judges are elected officials and have general jurisdiction in a wide range of civil matters. 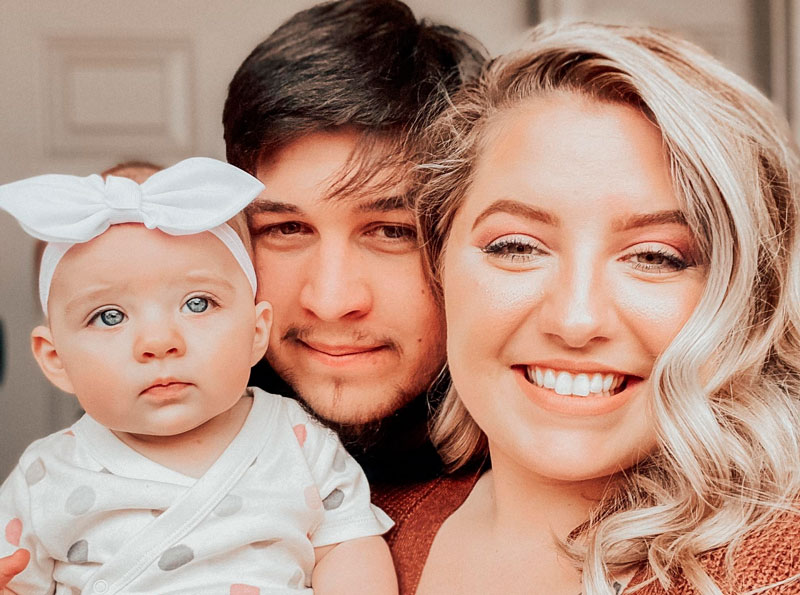 The Linscott family was placed under house arrest by a Kentucky circuit court judge after Elizabeth Linscott tested positive for COVID-19 and declined to sign self-quarantine documents.

Although governors need to be able to swiftly respond to emergencies, legislatures have an important role to make sure that these powers are not abused. Michigan Governor Gretchen Whitmer has issued so many executive orders this year (more than 190 as of October 6, 2020), the Michigan Senate and Michigan House of Representatives filed a lawsuit against her for abusing her powers. (As reference point, Whitmer issued fewer than 20 executive orders in all of 2019). She also issued an executive order in August 2020 to enforce her other executive orders.

The lawsuit contends that Whitmer “has asserted vast executive-branch power to implement sweeping orders” and that she has “unilaterally crafted and implemented public policies governing almost every aspect of life in Michigan. These include restrictions on how every person in Michigan may work, go to school, worship, exercise legal rights, socialize, and live hour-by-hour.” The suit goes on to say that Whitmer has been acting without the proper authority and that her ongoing COVID-19 executive orders violate the separation of powers.

As of this writing, legislative chambers in nearly 30 states and the Virgin Islands have introduced bills or resolutions seeking to limit governors’ powers or executive spending during declared emergencies such as COVID-19.

Vetting your elected officials is crucial

2020 has highlighted the importance of knowing who you are voting into office, whether it be the official who’s trusted with emergency powers or those who are holding that official accountable. Vet your candidates and stay engaged. Your civil rights may very well depend upon it. Watch this brief video on how to decide whom to vote for before you go to the polls this fall.

What constitutes a state of emergency and how long officials are able to declare a state of emergency vary by state. The National Conference of State Legislatures is a good source of information on emergency declarations. For a list of executive orders by state or category, visit the Council of State Governments.
Share This