JD Vance for Ohio US Senate

“The vaccine mandates in the military are a threat to national security,” said Vance. “Time to end this failed experiment in public health tyranny.”

Born and raised in Middletown, Ohio, Vance grew up in a single-parent home. He went on to serve our nation in the Iraq War as a proud Marine. He graduated from Ohio State University, received his law degree from Yale Law School, and became a successful investor in Silicon Valley. He also wrote a bestselling book, Hillbilly Elegy, which was turned into a movie on Netflix.

“As we saw from the radical left’s culture war waged during COVID-19, … it’s clear that we should never let politics drive public health decisions,” said Vance. “Luckily, Ohio appears to have moved past this, but there are still those who propose to mask 3-year-olds at preschools and shut down in-person learning. We can’t go back.”

Stand for Health Freedom supports candidates who make and support policy to protect and expand individual and family choice in matters of personal health. We believe JD Vance will defend and expand these rights for Ohio residents. 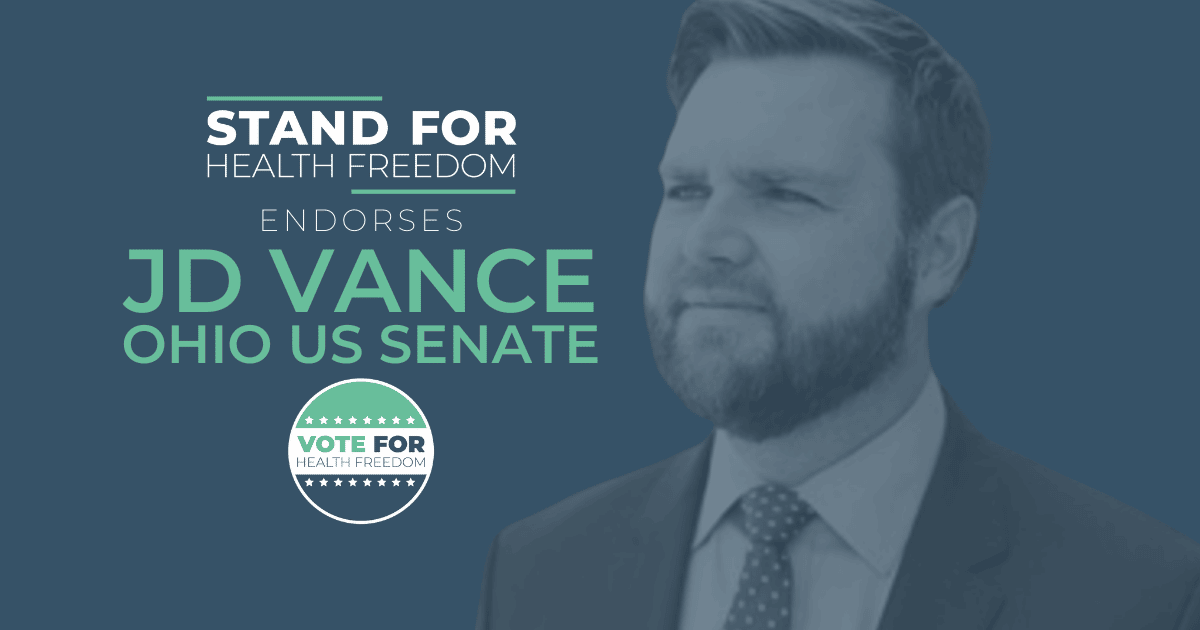 Ohio, be sure to bookmark your state page with this link, as your Voters’ Guide is coming out soon. For more information about Vote for Health Freedom go to our VHF Homepage here. If you are you new to Stand for Health Freedom, learn about who we are here. We will be updating this information until election day, so keep checking back for additional information and intel.

Step One: Support JD Vance for Ohio US Senate by joining him on his website here.