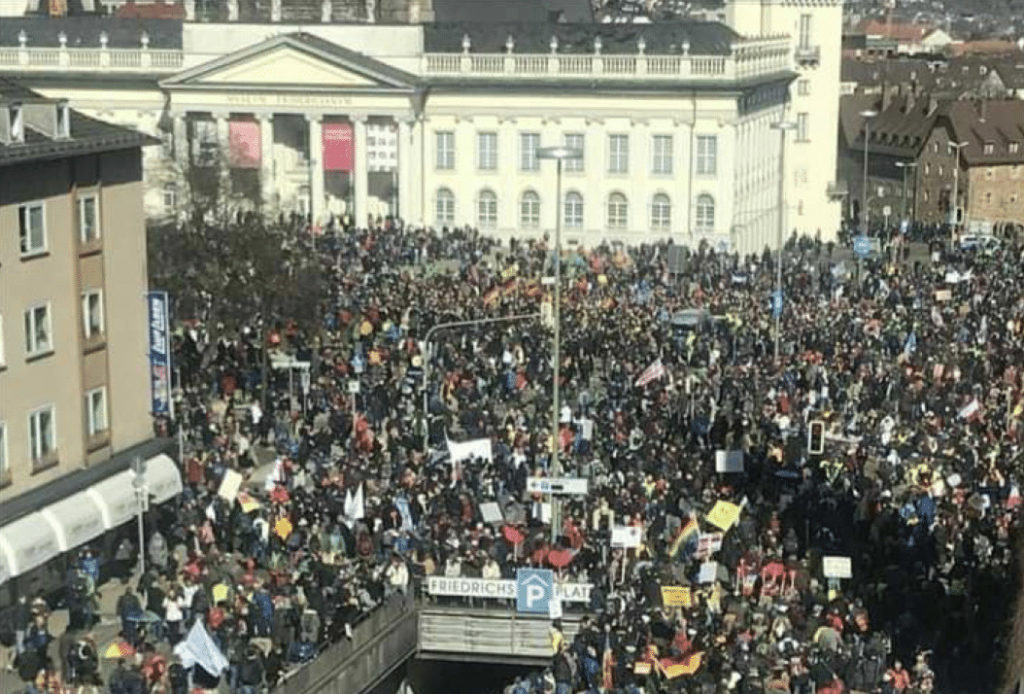 In the wake of missing vaccination goals on July 4th, the White House singled out the speech of twelve health rights advocates, including Stand for Health Freedom co-founder Sayer Ji, as the reason citizens exercised their right to informed consent.  “There’s about 12 people who are producing 65% of anti-vaccine misinformation on social media platforms,” White House Press Secretary Jen Psaki recently recited. [i] This narrative originated with the Center for Countering Digital Hate (CCDH), which has been working with governments in the U.K. and the U.S. to black list and deplatform individuals sharing information about vaccines.

The likelihood that only 12 people are a primary cause of worldwide resistance to taking an experimental vaccine known to have a wide range of adverse side effects including death, [ii] borders on the impossible. How could 12 people alone be so powerful as to merit personal attention from the White House?

The censorship Facebook and other platforms have already undertaken is “not enough,” according to Surgeon General Dr. Vivek Murthy. [iii] Ms. Psaki declared that once a person is banned from one platform, they should be banned from all. [iv] President Biden went even further stating social media tolerance for questioning vaccines is “killing people.” [v]Facebook spokespeople promptly rebuked the president for “scapegoating” after failing to meet vaccination goals. The president quickly rewrote the narrative to point toward individual US citizens instead, “It’s these twelve…that’s what I meant.” [vi]

Facebook’s refusal to further censor the public on vaccine discourse shines a light on how extreme this administration’s rhetoric really is.

With unsupported statements, the Biden administration has put 12 citizens in danger without providing empirical evidence for proof, without evidence of any laws being violated, and without due process afforded them. The only stated reason for pointing at twelve people, in the midst of millions, is exercise of First Amendment rights. Health advocates are now facing slander and threats from media outlets and other members of the public. The administration’s campaign to scapegoat, single out, and try to defame individuals is an attempt to impose unwanted public policy by means of maneuvering around constitutional protections. It is diametrically opposed to freedom and informed consent.

Despite attempts to isolate and vilify, our 12 Health Advocates are not alone, and that has shaken up the administration’s current public health policy. The twelve referenced by the White House are supported by “an estimated 266 people” working for health rights organizations, per data collected by CCDH. [vii] The implications of this are huge and hopeful and instructive. An international organization with nondisclosed funding is consulting with governments in two of the most powerful countries on the planet, advising on how to silence the work of 266 people. That only shows the information our government is aggressively trying to suppress is powerful.

Two-hundred-sixty-six people is all it took to empower and energize enough Americans for the foundations of the White House to tremble. It was enough for the administration to challenge fundamental rights to share information. The White House has shown us the power of an informed citizenry. 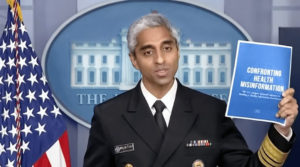 The work of Health Advocates incited our president to declare the exercise of First Amendment rights is “killing people.” [1] Their work spurred the Surgeon General to issue a rare Advisory, not about a disease, drug or device, but warning citizens against sharing information vital to make informed choices in personal medical decisions. [viii] It is historically unprecedented for a Surgeon General to warn U.S. citizens against their right to free speech and informed consent.

Discussing the importance of health information in an interview for Stanford’s Virality Project, Dr. Murthy confessed, “I’ve been a long-time believer in the power of peer-to-peer education.” [2] He is absolutely right.

In an interview with NPR, Sayer Ji noted, “We have hundreds of thousands and millions of followers out there, in part because we do a really good job of just providing information that people want.” [3]

Every voice in truth reverberates and amplifies faster and farther than censorship ever will. Individuals advocating for informed consent blossomed into 266 people educating others across platforms and in communities, which seeded health information to millions.

The dots are easy to connect. Knowledge is power, and access to knowledge is key. That is why the White House is attempting to insert itself into peer-to-peer interactions, via directives to social media platforms and unvetted claims about individual citizens.

Despite this administration’s singling out of its own citizens for exercising basic rights, despite harsh and inflammatory statements without evidence, Sayer Ji and fellow citizens advocating for informed choice remain resolute in their desire to collaborate with elected officials and public health departments to do all they can to end the divisions that plague our great nation.

“I believe what we are standing for is actually very basic, and a common concern for the majority of Americans, if not most citizens worldwide. We want free access to information and open discussion on both the merits and shortcomings of medical interventions like vaccination, without which informed consent, parental rights, free speech, and the democratic process itself would not be possible.” -Statement from Sayer Ji.

Step One: Contact your congressperson by clicking the button “Take Action” below.

Step Two: Stand with Sayer and all Advocates by adding your voice right now to the millions in the informed consent movement by using #ISTANDTOO on social media. Feel free to use and share the image below.