Senator Rand Paul, M.D. is one of the nation’s leading advocates for liberty. Elected to the U.S. Senate in 2010, Dr. Paul has proven to be an outspoken champion for constitutional liberties and fiscal responsibility. As a fierce advocate against government overreach, Rand has fought tirelessly to return government to its limited, constitutional scope.

A devoted husband and father, Dr. Paul and his family live in Bowling Green, Kentucky, where Rand owned his own ophthalmology practice and performed eye surgery for 18 years. As a hard-working and dedicated physician–not a career politician–Rand Paul came to Washington to shake things up and to make a difference.

Stand for Health Freedom supports candidates who make and protect policy to support individual and family choice in matters of health and bodily autonomy. We believe Rand Paul will defend and expand these rights for Kentucky residents. 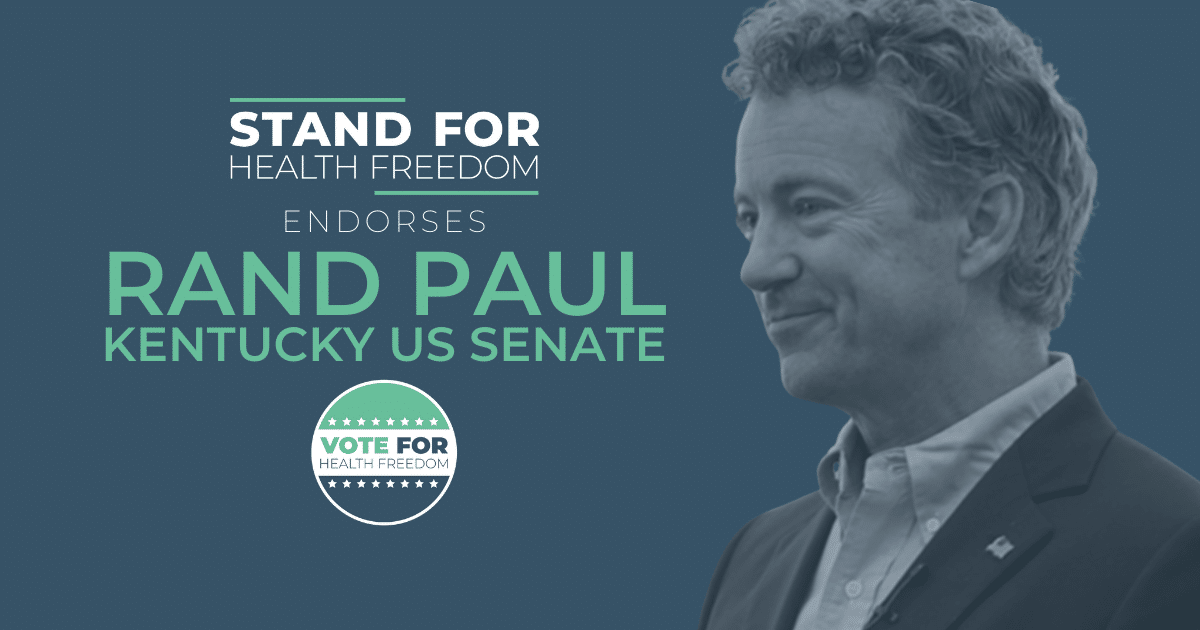 Kentucky, be sure to bookmark your state page with this link, as your Voters’ Guide is coming out soon. For more information about Vote for Health Freedom go to our VHF Homepage here. If you are you new to Stand for Health Freedom, learn about who we are here. We will be updating this information until election day, so keep checking back for additional information and intel.

Step One: Support Rand Paul for Kentucky US Senate by joining him on his website here.