“Stacey Abrams has championed Joe Biden’s agenda at every turn,” said Georgia Governor Brian Kemp. “Abrams will not hesitate to bring Biden’s policies to Georgia. The contrast in this race could not be clearer. We’re in a fight for the soul of our state. But we’re now also in a fight for Georgians’ livelihoods, their futures, and the well-being of their families.”

Georgia native Brian Kemp is a husband, father, businessman, and public servant. He built his first business – Kemp Development and Construction Company – with a pick-up truck and a shovel. Over thirty years later, Kemp is a successful entrepreneur with companies and investments in banking, farming, timber, manufacturing, and real estate.

As Georgia’s 83rd Governor, Kemp put hardworking Georgians first by keeping his state open in the face of a global pandemic. He opposed mask mandates and stay-at-home orders and prohibited localities from implementing stricter public health measures than the state did. As promised on the campaign trail, Kemp also signed the strongest pro-life bill in the country, pushed reforms to adoption and foster care systems, and led the effort to strengthen law-abiding Georgians’ constitutional right to defend themselves and their families.

“Stacey Abrams’ record on education: schools closed, students masked, and woke politics in the classroom,” said Kemp. “As governor, I kept my promise to give teachers a $5,000 pay raise, led the nation in reopening schools, and empowered parents and students.”

Stand for Health Freedom supports candidates who make and protect policy to support individual and family choice in matters of health and bodily autonomy. We believe Brian Kemp will defend and expand these rights for Georgia residents. 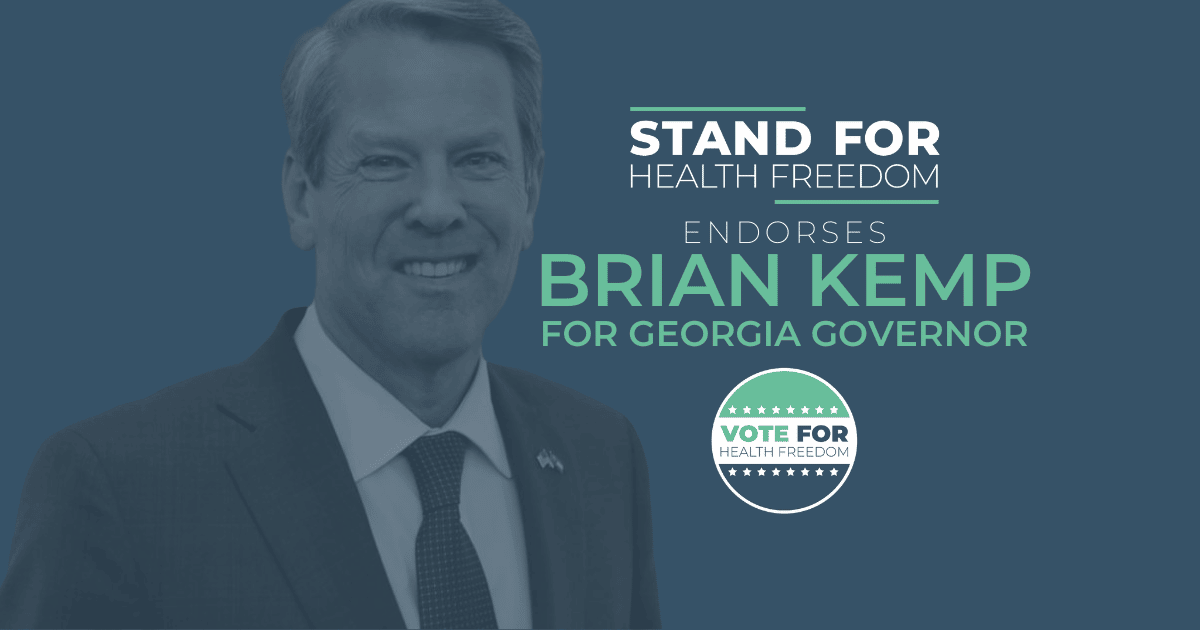 Georgia, be sure to bookmark your state page with this link, as your Voters’ Guide is coming out soon. For more information about Vote for Health Freedom go to our VHF Homepage here. If you are you new to Stand for Health Freedom, learn about who we are here. We will be updating this information until election day, so keep checking back for additional information and intel.

Step One: Support Brian Kemp for Georgia Governor by joining him on his website here.