The formal request for a Grand Jury Investigation was brought forth on behalf of more than 62,200 Americans who signed a public petition gathered by Stand for Health Freedom.

Breaking—Oregon State Senators Kim Thatcher and Dennis Linthicum jointly filed a formal petition for a federal grand jury investigation into both the CDC and FDA on August 16th in the city of Medford, Oregon, Jackson County. The official letter included eight exhibits and 20 references for evidentiary materials showing a clear need to formally investigate the agencies for willful misconduct.

In March 2020, according to a paper published in the journal Science, Public Health Policy, and The Law, the CDC abruptly changed how death certificates were recorded for only one type of death—COVID-19—and circumvented multiple federal laws to do so. This hyperinflation of death certificate reporting kicked off an avalanche of data degradation and destructive public health policies.

Now, two Oregon Senators have broken their silence in an exclusive briefing about their letter and the petition calling for a thorough investigation. The project has been a months-in-the-making combined effort between scientific, legal and public policy experts.

The letter, submitted exactly one month prior to public release to protect those involved, was addressed to the Honorable Scott E. Asphaug, U.S. Attorney for the District of Oregon, which stated:

“What we have learned is worthy of independent State and/or Special Federal Grand Jury Investigation from our vantage point as elected state policy makers. Pursuant to 18 U.S. Code § 3332 – Powers and Duties and the case law cited within the Formal Grand Jury Petition, we respectfully request that the petition and preliminary supportive documentation be presented to the members of the grand jury we are petitioning for immediate deliberation. Public trust in elected officials, the Oregon Health Authority, and our ability to lead the resilient people of Oregon through this crisis has been eroded to an all-time low. The peoples’ trust in their ability to participate in their own governance and be heard by their elected officials is perhaps the most essential element for a thriving free and healthy society. As elected officials it is our sworn duty to uphold the Constitution of the United States, the Constitution of Oregon, the tenets of Informed Consent, and honor our legal obligation to comply with 18 U.S. Code § 4 – Misprision of felony. We are fulfilling our duty by calling for a Special Federal Grand Jury Investigation, or at the very least an independent state district-led grand jury investigation convened by a judge, into the issues and evidentiary materials presented.”

During this press briefing, Leah Wilson, J.D., Executive Director and Co-Founder of Stand for Health Freedom, which hosted the national public signature gathering, asked revealing questions that should have been asked long ago by mainstream media networks that vacated their duty to impartially investigate and objectively inform the public. To date more than 62,200 signatures have been gathered, including thousands across Oregon where the two senators reside.

Also included on the briefing panel was Dr. Henry Ealy, the lead researcher from a team who authored the peer reviewed papers titled “COVID-19 Data Collection, Comorbidity & Federal Law: A Historical Retrospective” and “COVID-19: Restoring Public Trust During A Global Health Crisis.” His work verified significant findings of federal law violations by the CDC and acts of willful misconduct by the FDA that were thoroughly vetted through nine attorneys and one judge as well as stringent peer-review prior to being released publicly. The papers are also in use across several active court cases, including one filed at the federal level against HHS and the CDC.

In February 2021, Stand for Health Freedom launched a public petition to gather signatures to ask US Attorneys to convene a Grand Jury investigation into the CDC and FDA responses toward COVID-19 following astounding revelations concerning federal law violations and data inaccuracy. We are 20 months after “two weeks to flatten the curve.” Americans deserve to know the integrity of the data relied upon by agencies pushing national health policy and reshaping the fabric of American life. The CDC and FDA are issuing guidance asserted with the authority of federal law that is influencing officials at all levels of government to mandate something created by an industry that holds no liability for risk in selling its experimental and novel vaccine products. Americans are being told that these products are the only viable pathway back to a free and open society.

Senators Thatcher and Linthicum call upon Americans to pursue the federal grand jury process in their respective states to demand greater accountability.

Stand for Health Freedom released this pre-recorded press briefing as an exclusive interview to avoid the same drastic censorship faced following a cyber attack during a national online event covering this topic earlier this year.

Included in this Press Briefing:

“Federal agencies like the CDC have committed atrocities in the name of ‘public health,’ resulting in extensive collateral damage that transformed society in ways that we are still grappling to understand. The CDC’s unlawful and questionable changes to death certificates related to COVID, the use of false-positive PCR tests and their callous indifference to individual rights—or science, for that matter—led to fraudulent data that was used to justify sweeping policy changes, not only in Oregon, but across the country. I refuse to stand by and watch as our constitutional rights and liberties are endangered by oppressive agencies, which is why I have chosen to take part in this effort to bring forth a petition for a grand jury investigation. Equal protection under the Constitution is still the right of every American.”

“Plain and simple: the CDC acted illegally in March of 2020, which has led to these current ‘medical’ mandates stemming from the original lynchpin of corrupted data for COVID death certificates. Our health and the health of our children is our responsibility, not the government’s, yet the CDC, through pure data manipulation, has promulgated government overreach through incredulous policies in unimaginable ways through this wrongful slight-of-hand, creating a falsified reality that has no place in a free society.”

“Our COVID Research Team has dedicated more than 20,000 hours into investigating all aspects of COVID-19 and feel that it is imperative to produce high-integrity research to empower elected officials, attorneys, professional organizations, independent media and the public to take action on behalf of good people throughout the world. Why am I doing this? I ask myself this question often, and then I think about Simone Scott, the 19-year old Northwestern student who died horrifically after receiving experimental inoculations. I think about Hayden Hunstable, the 12-year old who took his own life during the despair of being isolated from friends during ineffective lockdowns. And I think about how the CDC has violated multiple federal laws in order to hyperinflate COVID deaths and promote rampant acts of willful misconduct. What’s happened since 2-weeks to flatten the curve is wrong and while we can’t bring back the departed, we can make sure they are remembered as the inspirations for us making things right.”

“Grand jury petitions are a way for any elected officials or individual to help drive forward an investigation into the widespread willful misconduct surrounding the response to COVID-19. The work that Oregon Senators Dennis Linthicum and Kim Thatcher have done provides a viable template for others to use in their own state to say ‘we have had enough’ and demand real answers, with real discovery, to end the harmful policies destroying the U.S.”

About Stand for Health Freedom:

Stand for Health Freedom (SHF) is a nonprofit organization dedicated to protecting basic human rights, constitutional rights and parental rights. Our digital advocacy center, launched in August 2019, lets conscientious Americans take a stand on issues that matter by giving them direct contact to their elected officials and others in positions of influence. SHF has an estimated reach of one million advocates who are pro-informed consent, pro-democracy, pro-debate, pro-information exchange, pro-First Amendment, pro-science, pro-parental rights, pro-bodily sovereignty, and pro-conscientious decision-making. Together, we’re committed to reaching the people and making it undeniable to citizens and lawmakers that America still stands for health freedom. For more information about Stand for Health Freedom, visit www.standforhealthfreedom.com and click on Take Action or Petitions to learn about steps you can take to make your voice heard! For media inquiries, please email [email protected].

It’s not too late for you to add your name to the growing list of signatures calling for an investigation into the CDC and FDA. It’s more important than ever, on the heels of the White House calling for illegal, unnecessary and unethical medical mandates across the U.S. Join more than 62,200 Americans by signing the official online petition or text the word CDCdata to the number 50457 to create leverage with your voice to call for a formal investigation into violations of federal law that caused hyperinflation of counted COVID cases, hospitalizations, and recorded deaths. This willful misconduct by agencies charged with guarding public health paved the way for massive collateral damage and destruction in America and beyond.

Our aim is also to help replicate this grand jury effort as a template with leaders across other states. We need to hold public health agencies accountable to ensure data integrity for national health policies is reliable and does not inflict greater harm than good on our nation.

Contact our team by emailing [email protected] with “Grand Jury” in the subject line so we can assist you and connect you with others taking a stand in your state! 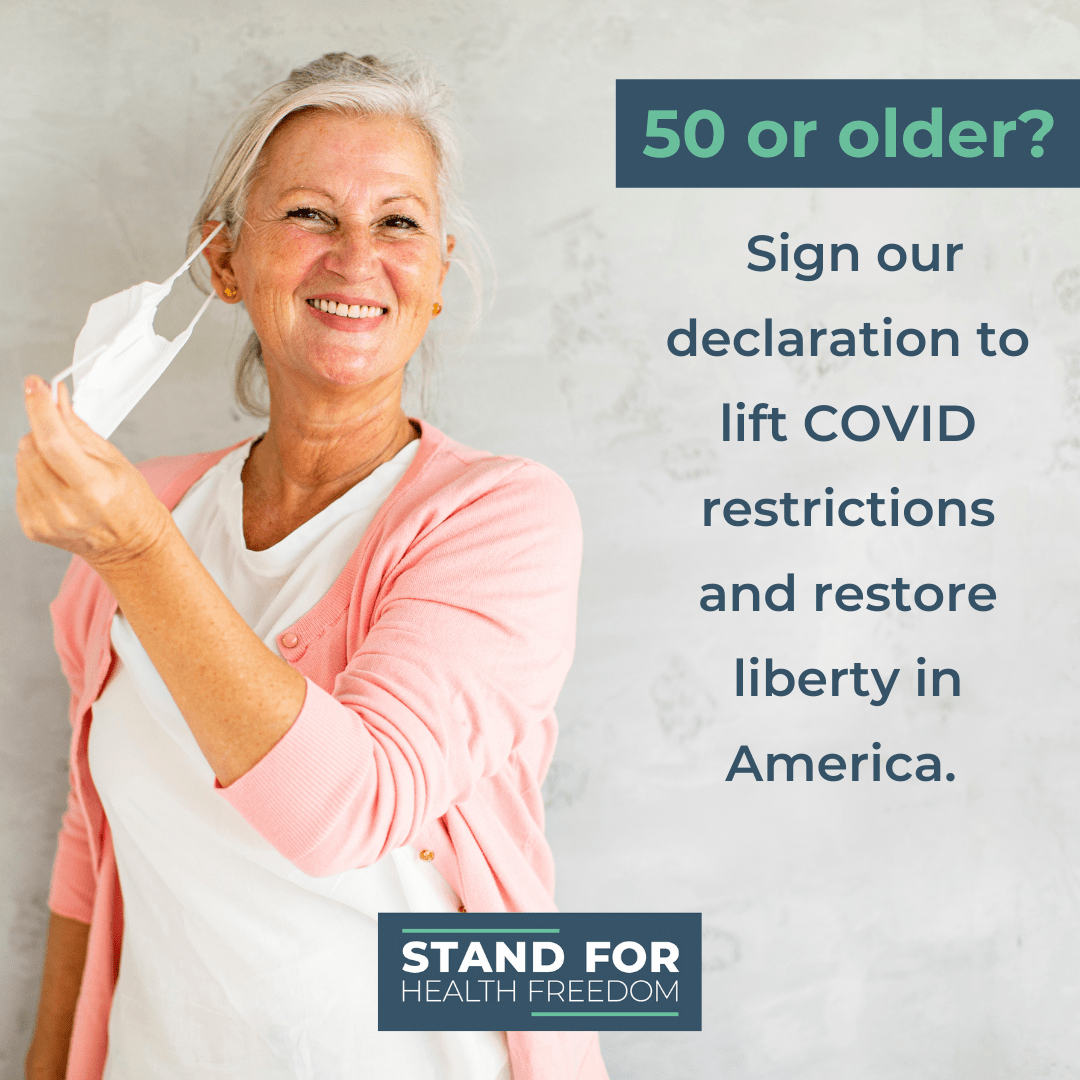