ACT NOW: Tell your governor and local legislators that COVID-19 vaccines must be voluntary

Personal choice, not public pressure or coercion, must be the only factor in getting the vaccine.


Have a question or need help?

Top five reasons the COVID-19 shots must be voluntary

Is this the America you want to live in? These words were tweeted by Atlantic Journalist David Frum. He justified them by saying he was “trying to give voice to the frustration that people who have been doing the right thing feel toward people who are doing the wrong thing.”

It couldn’t be more clear the jab is about politics, not medicine. It’s about journalists and politicians stumping about what’s “right” and “wrong” to divide our nation and vilify those who stand for health freedom.

In December 2020, president-elect Biden was asked if the COVID shot should be mandatory. His reply: “No, I don’t think it should be mandatory. I wouldn’t demand it be mandatory.” In September 2021, President Biden announced his intent to use executive agencies as muscle to mandate the COVID shots for tens of millions of Americans. The move is an insult to American spirit and enterprise. OSHA and other agencies are strong-arming businesses across the country to force mandates on employees. The president is dividing our country intentionally to pit employer against employee, vaccinated against unvaccinated, while the White House makes illegal power grabs.

President Biden’s plan is outrageous executive overreach. The right of states to protect the health and welfare of their citizens is a foundation of our country. It is illegal, illogical, and immoral for the federal government to insert itself between a citizen and their god, their doctor, and their communities. The office of the presidency has no authority to make a nationwide vaccine mandate, nor to direct employers to assume liability when injured Americans cannot sue any other party.

Americans are being manipulated by fear with round-the-clock media coverage of COVID-19. News outlets post daily death counts front and center on their sites. What started as an emergency authorization of an experimental pharmaceutical to enable medical choice has become an expectation of acceptance of COVID vaccine mandates and untold numbers of boosters.

This so-called vaccine is experimental and has known safety concerns. But the media is telling the U.S. public the jab is “safe and effective” without questioning the Fauci narrative about the science. There has been increasing concern and evidence the data about safety and postmarket data is incomplete. The British Medical Journal reported on fraud in Pfizer’s data leaked by a whistleblower. How can we trust the science if it isn’t all there? Without accurate data, Americans cannot give informed consent and elected officials cannot make safe choices for their voters. The only safe law would be to prohibit mandates, not impose them.

There are as many reasons why someone might choose to decline the vaccine as there are Americans. Every single person is unique, with unique health needs, in a unique place. One-size-fits-all mandates will result in injured Americans. Americans are concerned about prior vaccine injury, about incomplete safety data, the warp speed at which the vaccine was developed, and the lack of long-term safety data. Some Americans don’t prefer to use pharmaceutical products for prevention and others don’t trust the manufacturers.

Further, mandates are an invasion of religious convictions, social awareness, individual morality, and spirituality. For those with deeply held religious beliefs or who lead a pharmaceutical-free life, vaccination violates their convictions to abide by natural law and to walk in faith, not fear.

Such programs could ultimately result in the denial of crucial services for those who choose to opt out of the vaccine, stripping individuals of any opportunity to make this medical decision for themselves.

Under U.S. Supreme Court ruling, to mandate a medical intervention there must be an active epidemic that puts an entire population at immediate risk of serious harm or death. According to the CDC’s own data, most people have a greater than 97% chance of surviving COVID. In fact, for those under 70, the survivability rate among those infected ranges from 99.5 percent to 99.9 percent.

Moreover, the COVID-19 shots are known not to prevent transmission; they’re merely supposed to lessen symptoms. As such, there’s no basis upon which to require the jabs. It’s up to each person to decide how to care for their own body based on their own judgment and unique physiology.

It’s unethical and immoral to mandate an experimental vaccine that has known safety concerns and for which there is no liability. Under the PREP Act — which was passed in 2005 and invoked in March of 2020 — vaccine and drug manufacturers, government agencies, doctors and all others are 100 percent free from all liability resulting from harm caused by the COVID shots. There are already over 4,000 claims for injury or death after COVID-19 shots in the Countermeasures Injury Program, but only one has been deemed compensable so far. In other words, there’s effectively no help for Americans harmed by the jabs, while Pfizer, Moderna, and many more private companies rake in skyrocketing profits in a captive market. 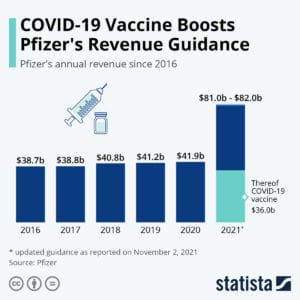 Stand up for your basic human rights to informed consent and to decide what is put in your body! Use our form to email and tweet your governor and local lawmakers to urge them to make the COVID-19 vaccine voluntary, not mandatory. Let them know that the only one who stands to profit from forced COVID-19 vaccines is the pharmaceutical industry. Remind them America became united by freedom-seekers, not tyrants or corporations.